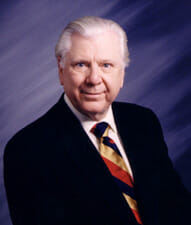 Gil Boyne was Founder and Executive Director of the American Council of Hypnotist Examiners. He passed away in May 2010. Here is his obituary.

Since 1974, Gil Boyne gained an international reputation for his highly effective “Hypnotherapy As A Career” training programs. Students and counseling professionals from all 50 states and 11 foreign countries have come to Glendale, California to study with Gil Boyne. In addition, Boyne regularly trains mental health professionals in seminars in London, England, Sydney, Australia, Auckland, New Zealand, and Kuala Lumpur, Malaysia. More than 5,500 graduates in the USA and an equal number abroad have created an international reputation for Gil Boyne’s work, Transforming Therapy.
Boyne has received international media coverage for his work with superstars of the entertainment world such as Sylvester Stallone, Lily Tomlin, Dolly Parton and others. His motivational programs enjoy wide acceptance with numerous world-class athletes and Olympic contenders.

In the course of 50 years Mr. Boyne had transformed the lives of literally hundreds of thousands of people with his wise counsel. This award symbolizes global recognition for his innovative genius in the field of hypnotherapy.